Keys or Key Signatures: When a song (or any music) is built mostly on the notes of any particular scale, there is usually a KEY SIGNATURE at the beginning of the staff, right after the clef sign. It is a group of sharps or flats that are placed on the lines and spaces of the staff. It identifies which notes will be sharp or flat. 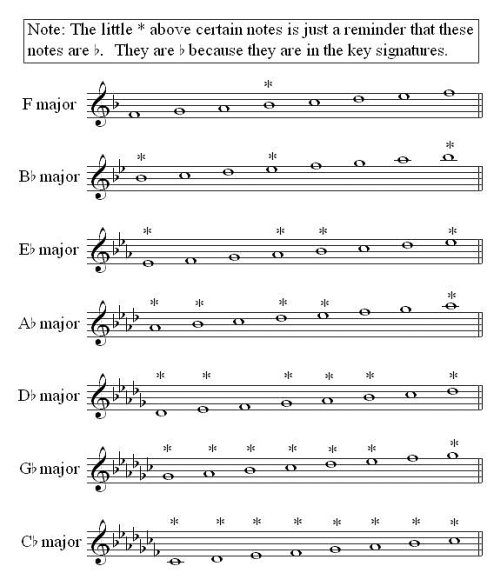 For example, the C major scale is:

The 6th step is A, so the RELATIVE MINOR of C MAJOR is A MINOR:

The key of C major has no sharps or flats, same with Am.

The following shows all of the MAJOR KEYS along with their RELATIVE MINORS.

The scale for each MINOR KEY starts on the 6th step of it's RELATIVE MAJOR. 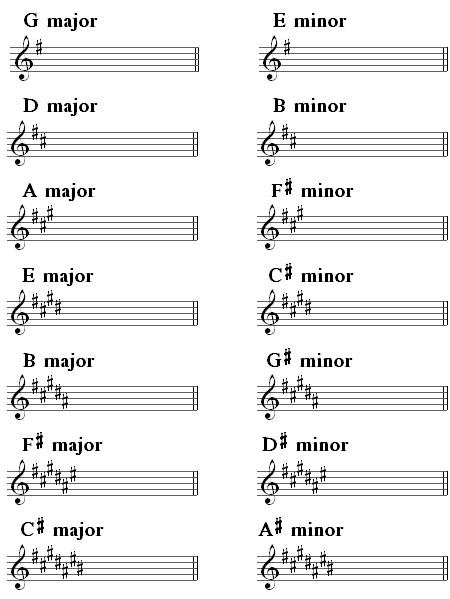 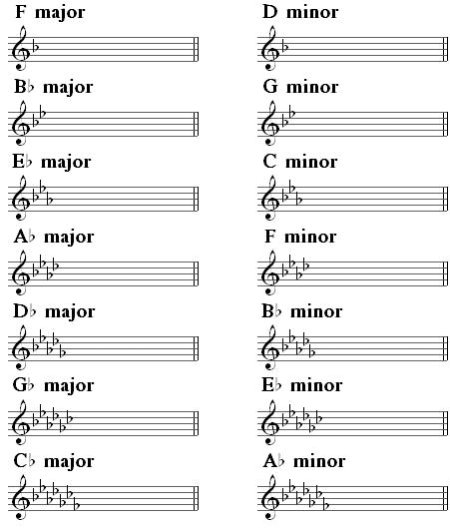 Go ahead to CIRCLE of FIFTHS.

For a more information about KEYS and the CIRCLE of 5ths click the icon to open the PDF file in a new browser window... You can then save a copy or print a hard copy of the included sheets.

Each key, and the order in which the sharps or flats appear, is very closely related to, and based on the Circle of 5ths.

Go ahead to CIRCLE of FIFTHS.