Seconds are usually either major or minor. They are not as settling or mood specific as thirds, but they can add dissonance or tension.

Below are some examples of major seconds. Each one consists of
1 whole step:

Below are the same intervals EXCEPT they have been changed from major seconds to minor seconds. They each consist of 1 half step:

If necessary, use the keyboard diagram below to visualize the whole step, half step construction these intervals. 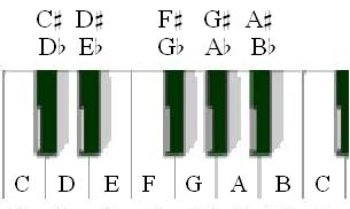 Below are some MAJOR SECONDS on various chromatic notes. Each of these major seconds consists of 1 whole steps. (Use the diagram above if necessary.)

Below are some MINOR SECONDS on various chromatic notes. Each of these major seconds consists of 1 half step. (Use the diagram above if necessary.)

The seconds below are either major or minor. 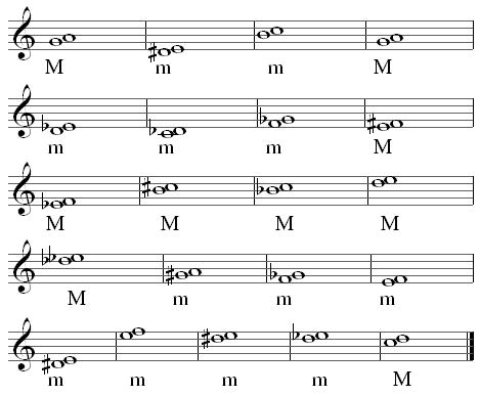